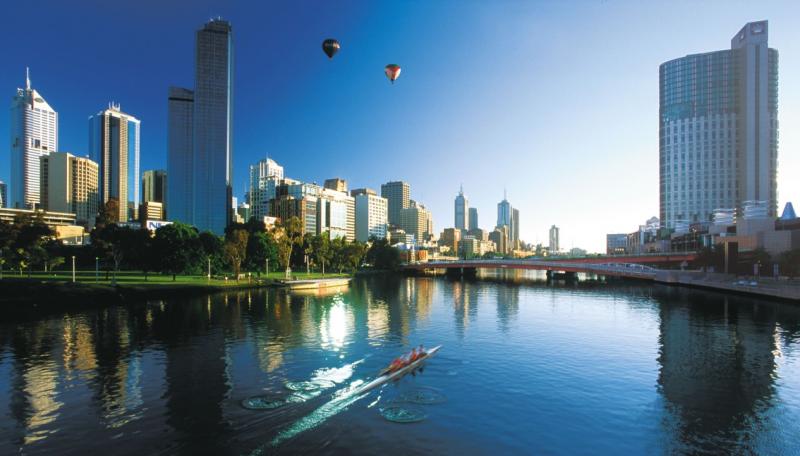 The History of Melbourne

Melbourne is the capital of Victoria, and home to close to 4 million people. It is the second largest city in Australia. Many of the citizens of Melbourne live in the suburbs that are east and south of the Yarra River, spread around Port Phillip Bay and extending as far east as Mount Dandenong and as far west as Werribee.

Melbourne was founded by John Batman on the northern bank of the Yarra River in 1835, after an unsuccessful attempt to settle near Sorrento inside the Port Phillip Bay Heads in 1803. In 1837 Robert Hoddle surveyed the central business district to set up the Hoddle grid of streets. The City was named after the British Prime Minister of the time, William Lamb who was 2nd Viscount Melbourne.

Unlike other Australian capital cities, Melbourne was not a planned city. It began as a small town thanks to the enterprise and foresight of settlers from Tasmania, where the land available for pastoral purposes was becoming overstocked. These settlers formed the Port Phillip Association for the purpose of the pastoral exploration of Port Phillip.

The Port Phillip District gained independence from New South Wales in 1850. Melbourne boomed in the 1850's as a result of the gold rush around Ballarat in the region to the north.

Melbourne is regarded as the world's Top Sport City, was recently awarded the World's Most Liveable City for the second year in a row and has a reputation as being more refined than Sydney. Melbourne also has some of the best restaurants and coffee in Australia. Melbourne's CBD has grown with the recent development of Southbank and the Docklands areas. In the last ten years, 100 new buildings have been constructed 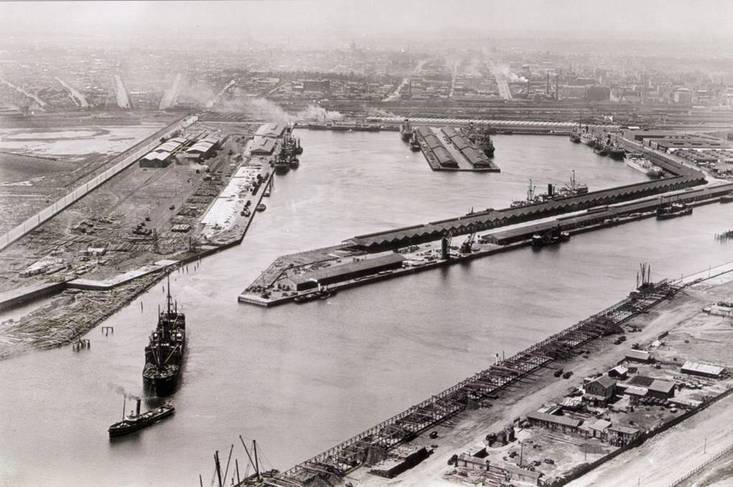 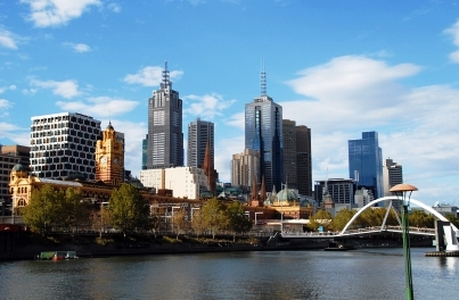 Federation Square is located on the corner of Swanston Street and Flinders Street in the heart of Melbourne’s CBD. In 1996 the Victorian Government held an international, two-stage design competition to redevelop the area as the city’s new civic square, opening up the space for public use. It was built to celebrate the Centenary of Federation in 2001 and is built over the Jolimont railway yards.

The size of an entire city block, Federation Square is home to major cultural attractions and art galleries, world-class events and some of Melbourne’s best restaurants and cafes. Since opening in 2002 it has become Melbourne’s ‘Meeting Place’  and one of Victoria’s most popular tourist destinations. The square is built on the site on which the Kulin nation of Aboriginal people lived for thousands of years. 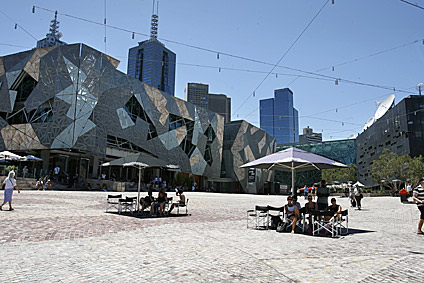 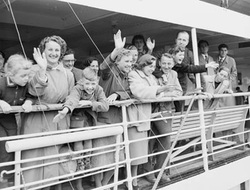 Melbourne's population is made up of people from 140 different cultures and is one of the most multicultural cities in the world. Cultures include Victoria's original Indigenous inhabitants to more recent migrants from Asia and Africa. Our community includes people from Somalia, South Korea, New Zealand, Malaysia, Indonesia, China, the United Kingdom, Vietnam, Italy, India, Greece, Japan, Afghanistan, Iraq just to name the main communities.

Chinese migrants first came to Melbourne in the 1850s as they were attracted to working in the goldfields. Melbourne's Chinatown precinct was originally built in 1854. Italian migrants came to Australia between 1920 and 1950 and settled in Carlton and Fitzroy - bringing the first expresso coffee machine to Melbourne. Greek migrants came to Melbourne after 1945 and set up businesses around Lonsdale St. Vietnamese migrants came after the fall of Saigon in 1975 and opened restaurants in Victoria Street Abbotsford. More recently our migrants have come from Afghanistan and the horn of Africa.

Getting around the city

Melbourne has a privatised public transport system comprising trains, trams and buses. The trains are on a radial network of 16 lines plus the central city loop, which is underground.

We use a ticketing system called myki on public transport. It is a digital plastic card system that requires placement of the card over the reader at the beginning and end of the journey. A fare is automatically calculated based on time and zone. You need to pre-load the card with sufficient funds to cover your travel for the day. Melbourne has two Zones - 1 and 2. The CBD and inner suburbs are in Zone 1. 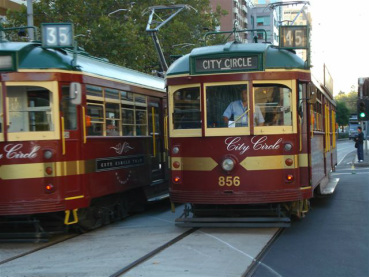 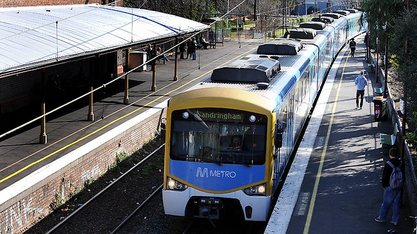 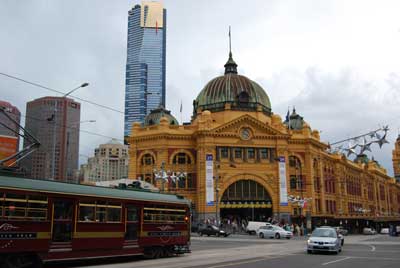 Flinders Street Station is the main train station in Melbourne.  It is in the middle of the city opposite Federation Square so it is very well located. You can catch trams from the tram stops outside as another alternative form of transport. The other main train station is Southern Cross on Spencer Street. 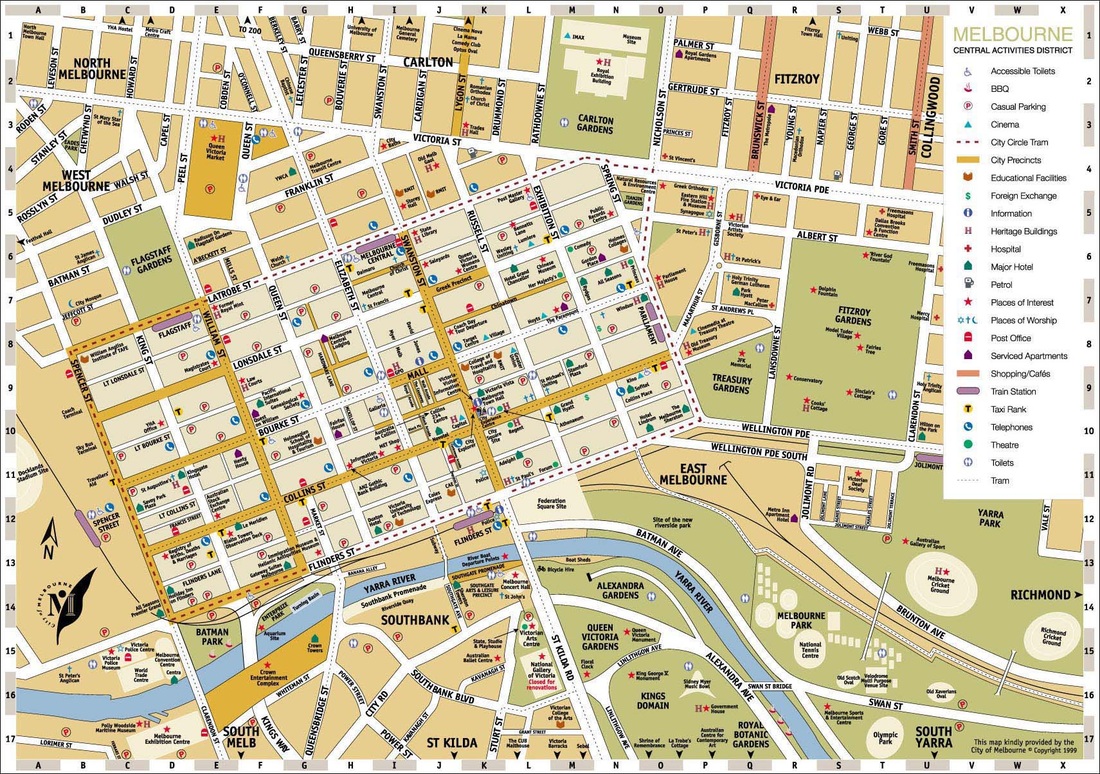 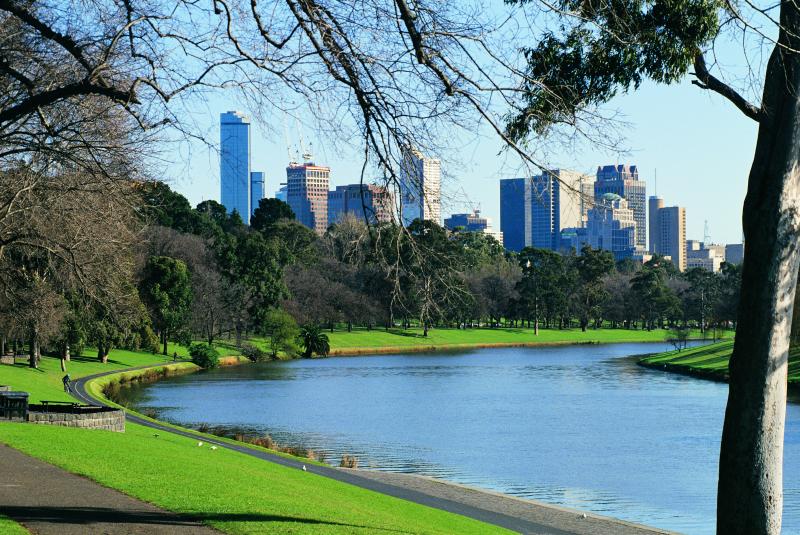 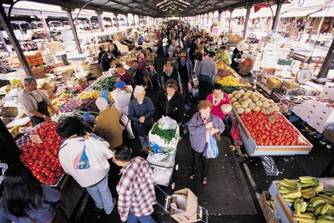 The Queen Victoria Market in Elizabeth Street is the last remaining 19th century market operating in the City of Melbourne. It is one of Melbourne's most visited tourist attractions and one of our most loved local icons.

The market, which has been trading continuously since 1878, currently houses 820 businesses, employing more than 2000 people and attracts more than 10,000 visitors a year. The market is open five days per week, closed on Monday and Wednesday.

The Art Centre and Hamer Hall 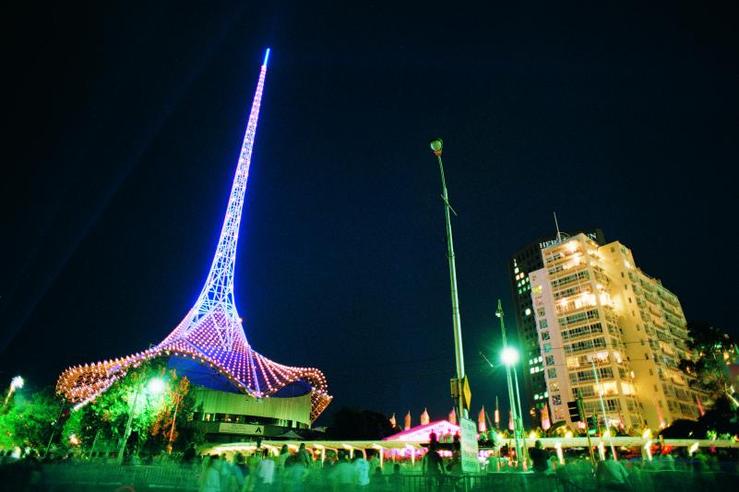 The Art Centre precinct is on Swanston Street near Flinders Street, on the Yarra River. There are theatres and concert halls holding international and national performances each week. The Art Centre and Spire was designed by Sir Roy Grounds. 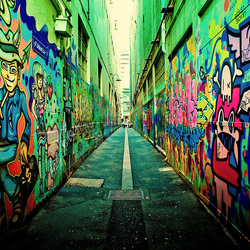 Street art is all around Melbourne city's laneways and alleys such as Hosier Lane and Rutledge Lane. Other locations include Caledonian Lane and 21 Degraves Street. Graffiti makes the place colourful and interesting to look at. Melbourne is one of the world's great street art capitals.The Street Art includes stencils, paste ups and murals. 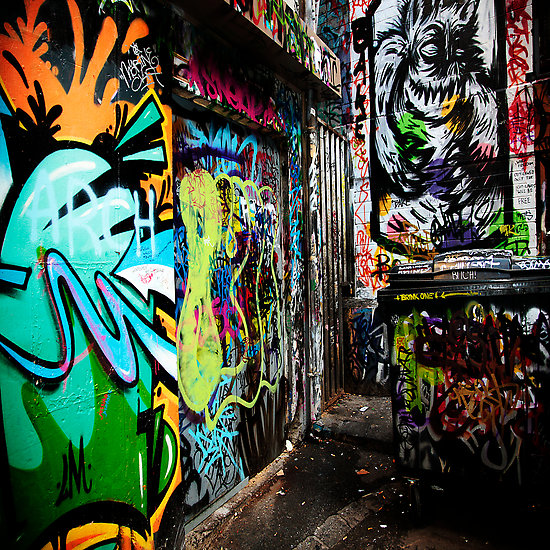 View of the city skyline 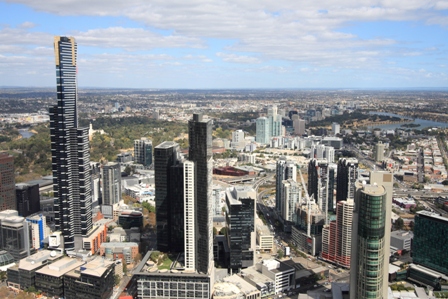 The Eureka Tower, in the Docklands, is the tallest building in Melbourne at 297 metres. It has a viewing platform called the Sky deck on the 88th floor and a glass cube called 'The Edge' which projects 3 metres out of the building to give visitors an amazing view of the city. Crown Entertainment Complex and Casino is at Southbank and the Rialto towers in Collins Street are some of the main buildings in the skyline. 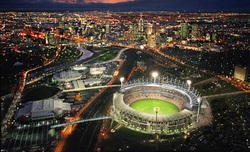 The MCG is the biggest stadium in Victoria and the home of the Melbourne Cricket Club. It hosts the AFL Grand Final every September. The MCG is used for many different events such as cricket matches, AFL football, soccer, rugby, concerts and many other activities. The total capacity of the MCG is approximately 100,000 people. It was used for Olympic games events in 1956. 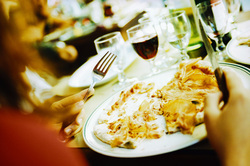 Melbourne has some of the best coffee shops in the world thanks to our Italian migrants. Because of our multicultural society we have many varioties of foods from all around the world.
You can go down most streets in the city and find great restaurants and cafes.
by Angus Wood 9c